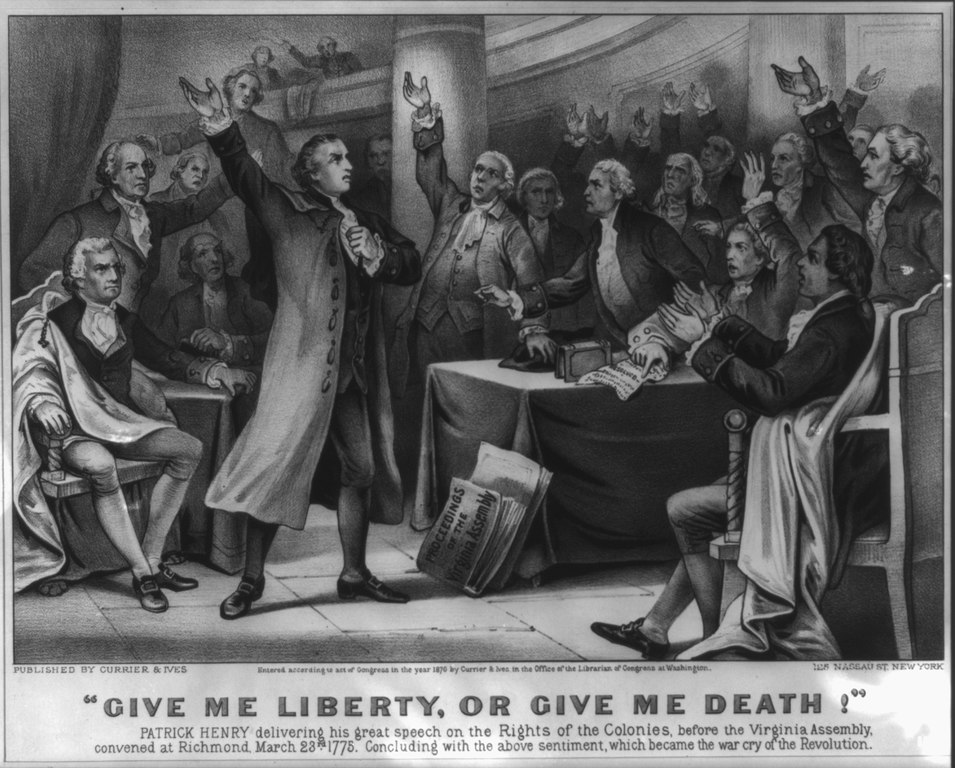 In Patrick Henry’s most famous speech, he implores his fellow citizens to take arms against the British. And they did. The rest is history.
What is it that makes this speech so powerful? It’s Patrick Henry’s passionate expression of his faith in God. He knew that God always helps his people. And that when we’re on God’s side, we will prevail, because God will defeat all of our enemies. Here are the last two paragraphs of Patrick Henry’s speech:
“Three millions of people, armed in the cause of liberty, and in such a country as that which we possess, are invincible by any force which our enemy can send against us. Besides, sir, we shall not fight our battles alone. There is a just God who presides over the destinies of nations, and will raise up friends to fight our battles for us.
The battle, sir, is not to the strong alone; it is to the vigilant, the active, the brave. Besides, sir, we have no election. If we were base enough to desire it, it is now too late to retire from the contest. There is no retreat but in submission and slavery. Our chains are forged. Their clanking may be heard on the streets of Boston. The war is inevitable–and let it come. I repeat it sir, let it come.
It is in vain, to extenuate the matter. Gentlemen may cry, Peace. peace–but there is no peace. The war is actually begun. The next gale that sweeps from the north will bring to our ears the sound of resounding arms. Our brethren are already in the field.
Why stand we here idle? What is it that the gentlemen wish? What would they have? Is life so dear, or peace so sweet, as to be purchased at the price of chains and slavery? Forbid it, Almighty God, I know not what course others may take; but as for me, give me liberty or give me death.”
Be Sociable, Share!

More from my site